After finishing the plumbing for the shower, we were finally able to build the tub surround. We really like the slatted pocket doors we built previously, so we decided to make a version of that for around the tub.

We started with ½” pre-finished birch plywood as the base layer and then layered on slats that were ¾” wide and spaced them ½” apart. After marking the back of the base layer with the placement of the slats, we screwed the slats in from the back. 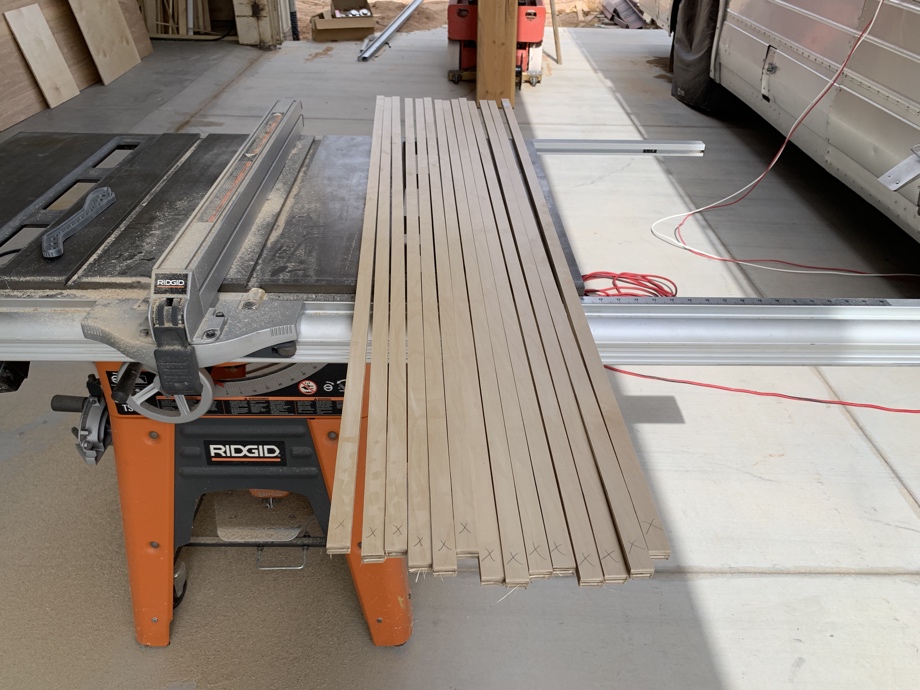 In placing the slats, we had a few considerations. First, the small RV tub has a lip that hangs down and needs support. Therefore, we did not slat behind the lip but instead made it a solid piece. Second, we had to calculate into the slat spacing the final flooring that we will install later. Last, we had a heater hose vent to work around. This hose is tee’d off from our diesel heater in the kids’ room. We did our best to curve the slatted pieces that went around the vent. 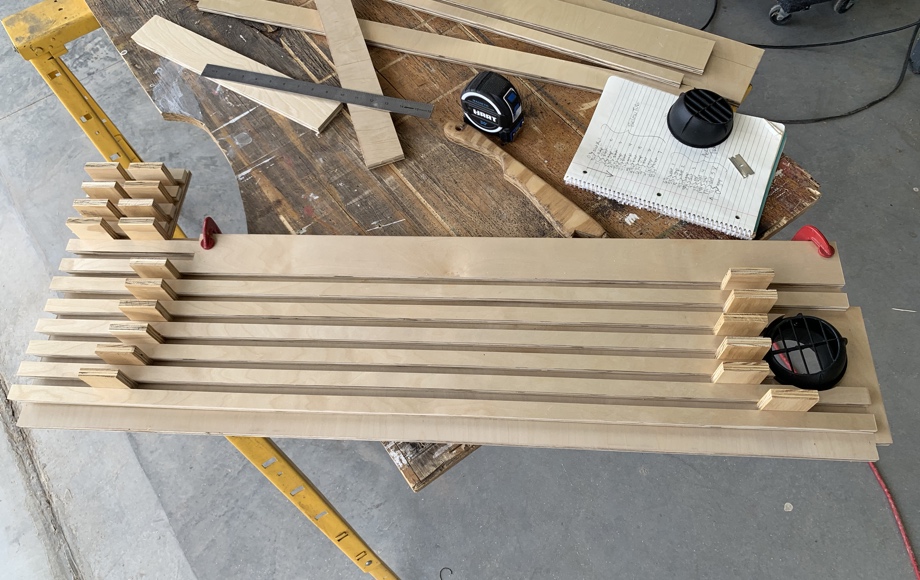 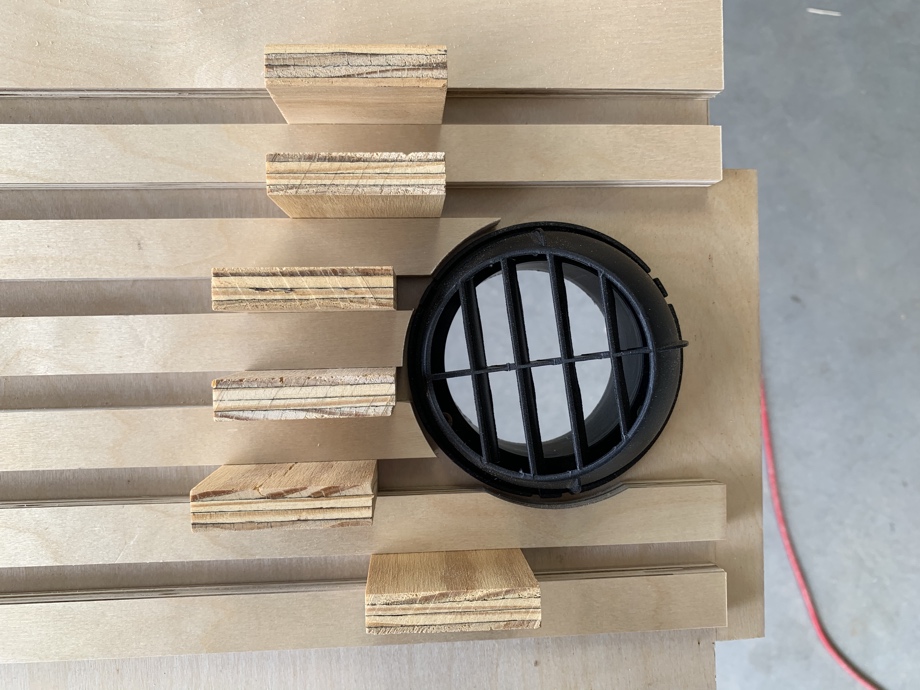 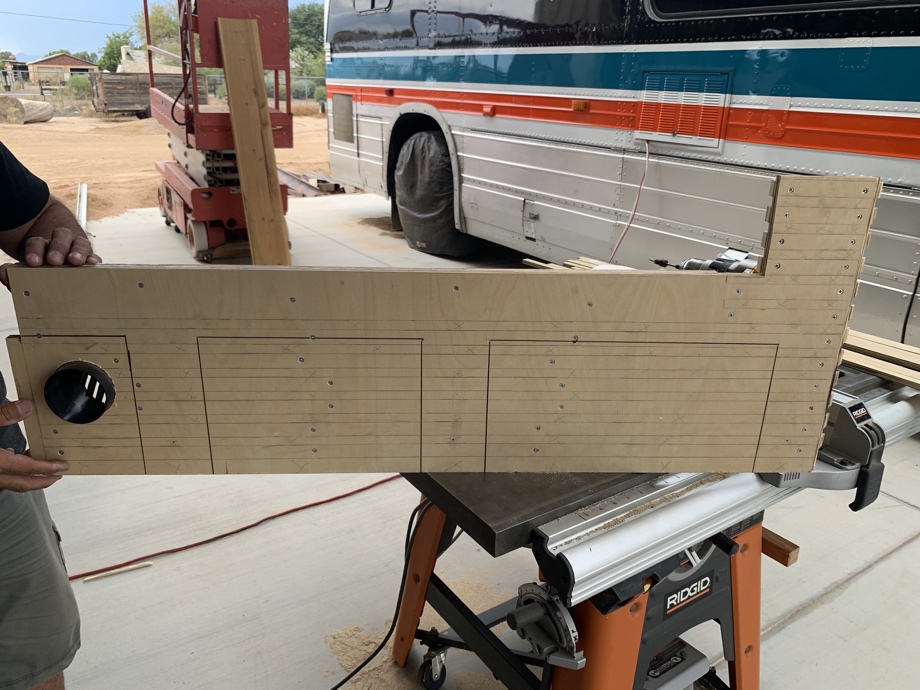 Then it was time to install this first side of the surround. We simply marked where the 2x4 framing pieces were and drilled screws into those in between the slats. By securing it from the outside rather than from inside, we can remove these surround walls to access plumbing in the future. 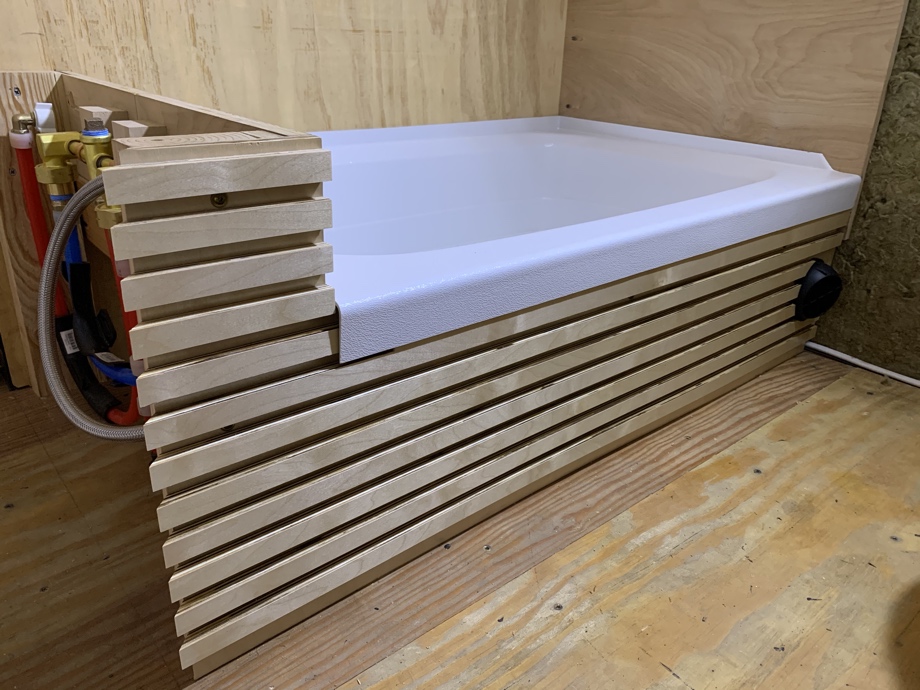 After securing the long side wall of the tub, we started work on the second short side. The only difference for this side was that we had to install the slats in place, rather than pre-installing all of them and then simply mounting the whole wall. The reason we did it this way was that we decided to miter the corner where the two walls meet. In order to make sure the slats perfectly aligned in the corner, we brought in the base layer of the wall and then fit, clamped, and secured each slat one-by-one, making sure the pieces were a tight, straight fit in the corner. This took a bit of time. Finally, when that was all done, we were able to again screw into the 2x4 framework in between the slats. 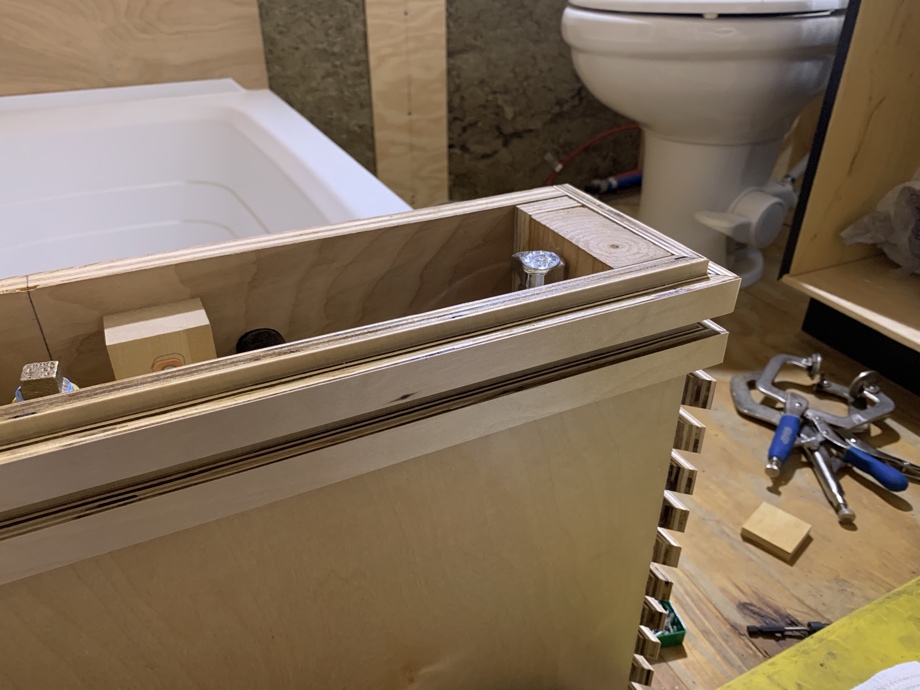 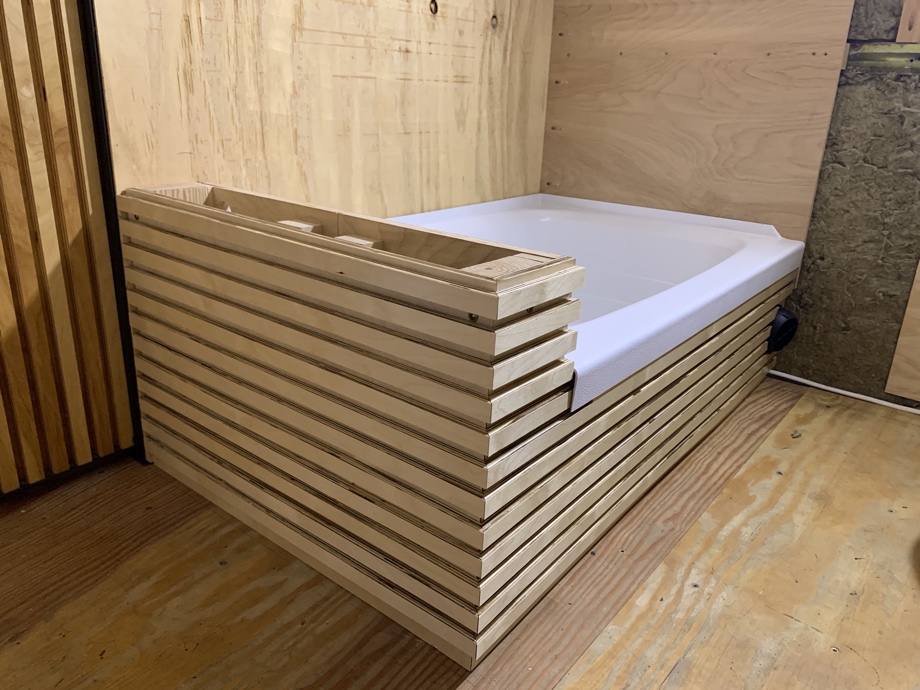 With that, the tub surround was done. We still have to make a topper/hinged lid for the plumbing cubby (i.e. very small bench seat). After this project, however, we moved out of the bathroom and forward into the kitchen. Coming up next: upper kitchen cabinets.